﻿I have noticed a growing number of new houses going up in the area I live along with the rest of the greater Phoenix area.  This is a great sign after seeing very few new homes built over the past few years.  The inventory of resale homes is low and good properties priced at market value are not on the market very long. Many times multiple offers are received the first day on the market.  This is great for sellers and can be frustrating for buyers.  We just sold a new build to a couple in a subdivision in the NW valley.  The lady in the sales office told me they have already had one price increase and are expecting another one very soon.  Resale home prices in some parts of the valley are up 30% from last year.  We expect many of the lots that were purchased over the last few years at low prices to be built on or sold over the next couple of years as prices continue to rise and the inventory of resale homes stays low.
If you are  thinking of buying or selling real estate in valley or just want to know what your property is worth give Darr or Jay a call.  Know someone who is looking to buy or sell?  Send us your referrals to get a chance to win a Mexico Coues Deer Hunt.

Steady improvement in metro Phoenix’s new-home market has developers and homebuilders scrambling to buy property for dozens of new subdivisions projected to spring up over the next few years.
Their land purchases offer a road map for population growth in the region for years to come. Where houses are planned, schools, retail and service businesses and other employers soon follow.
Mesa, Gilbert, Chandler and Queen Creek, along with north Peoria, are the hottest spots for new-home sales now, but Surprise, Buckeye and Goodyear are expected to move up quickly.
With new-home building up 71 percent in 2012 over 2011 and the number of available lots dwindling, homebuilders sealed nearly 100 land deals in December alone that will create thousands of homesites. Based on those deals, as well as hundreds of others between builders and landowners in 2012, it’s clear homebuilders are now buying more land in more moderately priced areas in the northwest and southwest Valley as prices continue to rise in the southeast Valley.
The land rush is further evidence that metro Phoenix’s homebuilding industry is recovering from its devastating six-year slump. The area is leading the U.S. for home-price increases, according to S&P Case Shiller. The number of empty lots ready for construction has shrunk to its lowest level in more than a decade, with only enough lots in hand to last builders a year. The shortage, particularly in the southeast Valley, has sent land prices soaring.
In Arizona, the housing recovery is especially important to the broader economy. For decades, the homebuilding industry has been one of the state’s biggest economic engines, with at least one out of every three dollars generated statewide tied to housing, according to Arizona Republic research.
“When I look at what’s going on in the Phoenix-area housing market, I am bullish. Employment and population growth are up. Buyers are purchasing new homes, and builders are making a mad dash to buy more lots to keep up with demand,” said Charley Freericks, president of Scottsdale-based developer DMB. “We have gone over the numbers carefully and see 17,000 new homes going up this year.”
In 2012, nearly 12,000 new houses were built in the region, a 71 percent increase over 2011.
The land purchases are mostly in communities started before the crash and in some ways echo growth in the boom years, except the developments farthest from Phoenix’s core aren’t yet attracting builder or buyer attention. Most of the land purchases are inside the outermost freeways.
A shortage of labor could become a factor. And home prices are projected to keep rising.
In other ways, this is a new era. Growth is projected to continue at a steady pace for the next few years, with the number of houses built to stay below 50 percent of the number that went up in the peak boom year of 2006.

Most metro Phoenix homeowners will see the first increase in their property’s assessed value since 2007 when they receive their annual statement from the Maricopa County Assessor’s Office.
The median value of a house in metro Phoenix climbed almost 16 percent during 2012 after falling 7.6 percent in 2011.  The increase won’t surprise anyone who has watched the region’s housing market recover over the past 18 months. However, the overall increase in values for Maricopa County might be confusing because the overall median price of the area’s home sales climbed 34 percent in 2012.
“Our analysis is based on both home sales and the valuations of the even greater number of houses that didn’t sell last year,” County Assessor Keith Russell said. “If a house doesn’t sell, we don’t know if it has new carpet or plumbing, but we must still do the research to assess its value.”  The overall median value of single-family houses in the county climbed to $127,000 in 2012 from $109,600 in 2011.  Statements will be mailed to Maricopa County residents over the next two weeks, with the first group expected to receive their statements as early as today. About 1.5 million properties were valued by the county assessor during 2012.
In 2010, Maricopa County home values fell 11 percent. In 2009, property values dropped 15 percent. In 2008, they plummeted 23 percent, the biggest drop of the prolonged retreat in home values. In 2007, values declined 13 percent.  The property-valuation assessments being mailed out now will be reflected in 2014 tax bills. This year’s tax bills will reflect 2011 valuations.  Despite the drop in home values in 2011, homeowners shouldn’t count on a significant drop in taxes this fall. Many Valley municipalities and school districts still face budget gaps and could raise property-tax rates again this year.  Russell said the county’s residential assessments are conservative, so homeowners can expect to sell their houses for as much as 10 percent more.  Some Phoenix-area cities fared better than others.  Home values climbed the highest — 34 percent — in El Mirage and Youngtown. Tolleson homeowners saw a median increase of 33 percent. Those communities experienced some of the biggest drops in home values during the crash because of higher foreclosure rates.  Property owners can appeal valuations with the Assessor’s Office until April 23.
To appeal the 2012 assessment, go to maricopa.gov/ assessor or call 602-506-3406.
A house’s value has to decline significantly through a reassessment to lower its property taxes, which fund municipalities, school districts and more. Tax bills cannot be appealed.

We had been looking for a house in Gilbert for our good friend Randy for over a year.  Randy finally found one that had everything he was looking for including high ceilings to ensure all his animal mounts would fit.  The house was listed as a short sale so we were patient after getting the contract accepted by the seller.  We got the offer accepted by the seller in November and it took until January 23 to get the bank to approve the short sale.  After the bank approval we did a home inspection and then closed escrow on February 15.  Randy's house is in great shape.  The sales price was $225,000.  The house is 4 bedrooms, 2 baths and 1917 sqft.  The home was built in 1998 by Elliot.  The house was renovated in 2010 by the previous owner.  If you are interested in buying or selling a home in the valley please give us a call.  If you know some one who plans to buy or sell a home please give them our name, we love referrals!

Colburn and Scott Sold Another House 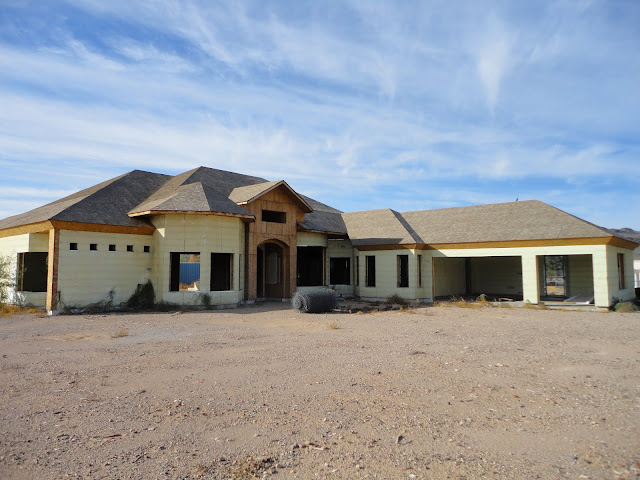 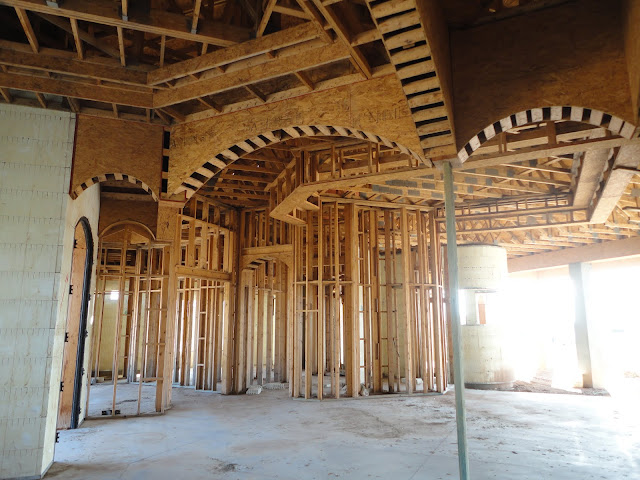 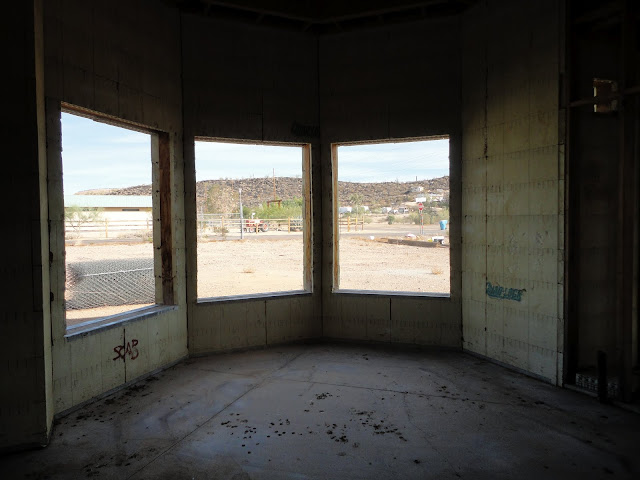 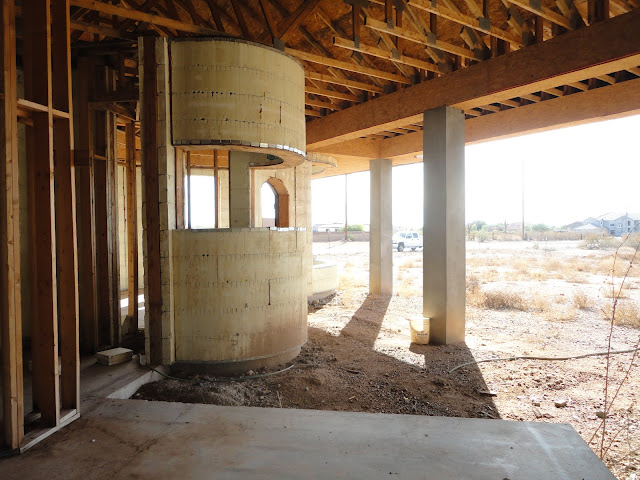 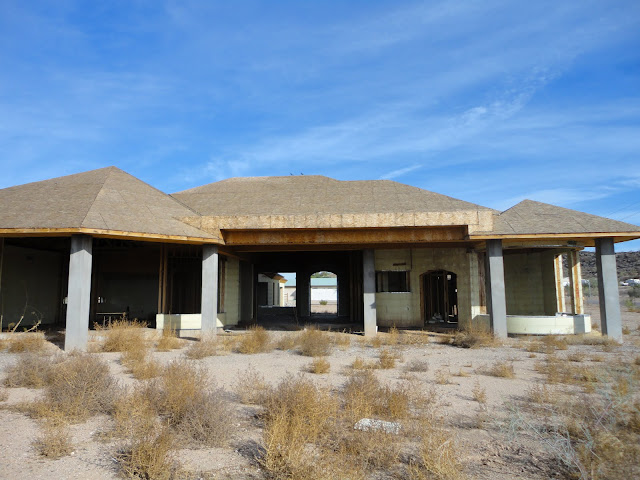 Read more: http://www.azcentral.com/business/realestate/articles/2012/02/23/20120223report-upbeat-findings-arizona-housing-market.html#ixzz1nIj9a13d
Metro Phoenix home prices are up. Fewer inexpensive homes are for sale, and the number of pending foreclosures is down.
The positive housing-market update comes from Arizona State University's newest real-estate report.
It's the first monthly housing analysis from Mike Orr, who was recently named director of the Center for Real Estate Theory and Practice for ASU's W.P. Carey School of Business.
"Single-family home prices overall in the Phoenix area have been moving up since they reached a low point in September," Orr said in his debut monthly housing report.
"Also, looking forward, I expect a declining trend in foreclosures."
Orr also publishes a daily online analysis of Phoenix-area housing indicators called the "Cromford Report."
The median price of all home sales, including new homes, reached $120,500 in January of this year, Orr reports. That compares with $113,166 a year earlier.
The average price per square foot of Valley houses has climbed 3 percent since last year.
There were approximately 8,000 new and used homes sold in January, up from 7,500 in January 2011.
Orr said investors have snatched up the oversupply of homes for sale under $300,000.
"Many people think there's a glut of homes the banks are hiding somewhere, and that may be the case in other markets, but not here in the Phoenix area," he said.
"We've gone through so many foreclosures that the system has been working itself out for about five years."
In January, there were 2,450 single-family foreclosures in both Maricopa and Pinal counties, compared with 4,200 during January 2011, according to the ASU report.
The supply of homes listed for sale in metro Phoenix is down 42 percent from a year earlier.

Read more: http://www.azcentral.com/business/realestate/articles/2012/02/23/20120223report-upbeat-findings-arizona-housing-market.html#ixzz1nIikwEiu
Posted by Unknown at 4:21 AM 1 comments

Looks like inventories are really down and demand is up!  Now is a great time to buy and take advantage of the great deals that are out there.

Give us a call for more information!

We love referrals!
Posted by Unknown at 1:48 PM 2 comments